My reviews of the first two books are here: Book Review: Books 1 & 2 of the Aielund Saga 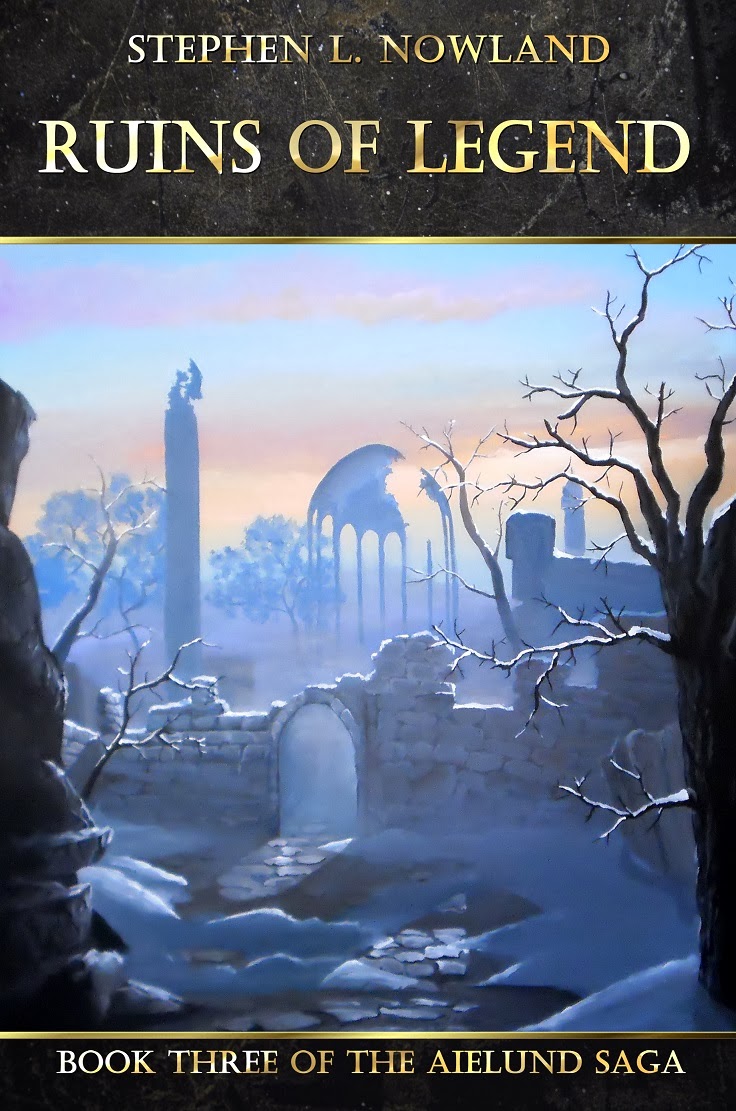 Aspiring adventurers Aiden Wainwright and Pacian Savidge are tasked with tracking down an obscure relic, said to be capable of banishing the Kingdom's greatest enemy once and for all. But the two friends are at odds over Pacian's dire actions and their comrades are forced to choose sides as they scour the land for the lost artefact.

Along with their companions, both young men face challenges of such magnitude that the existence of entire cities are threatened. Only their valour and determination will see them through as they uncover ancient evils determined to assail their every move.

Lots of adventure in this one.  The adventures split into two and the author does an excellent job of making you want to know what's happening in one thread while he switches to another.  As a result, you have to read quickly to get back to it!  Then you want to get back to the other thread.

One of the author's strengths is in making the characters seem real.  Aiden is a jack of all trades sort of character who the reader wants to succeed.  Pacian is a definite anti-hero, but the reader wants him to do the dirty work and enjoys it when he does.  The supporting characters all have distinct and enjoyable personalities.

Quests lead them in separate directions in an attempt to find an artifact to save the kingdom.  The locations they travel to are easy to imagine without being over-described.  Enemies and other characters they meet along the way are just as colorful and diverse as the primary characters.

Surprising events lead to an unexpected conclusion to this story and more questions to be answered in the next.  The characters must find new resolve against despair and danger.  It sets up the next one excellently.

As with the other books, the dialogue has humor scattered throughout, the battle scenes are vivid and intense.  If you enjoy rousing, epic adventures, this is an excellent series for you.

Book 4, Legacies of Fire and Steel 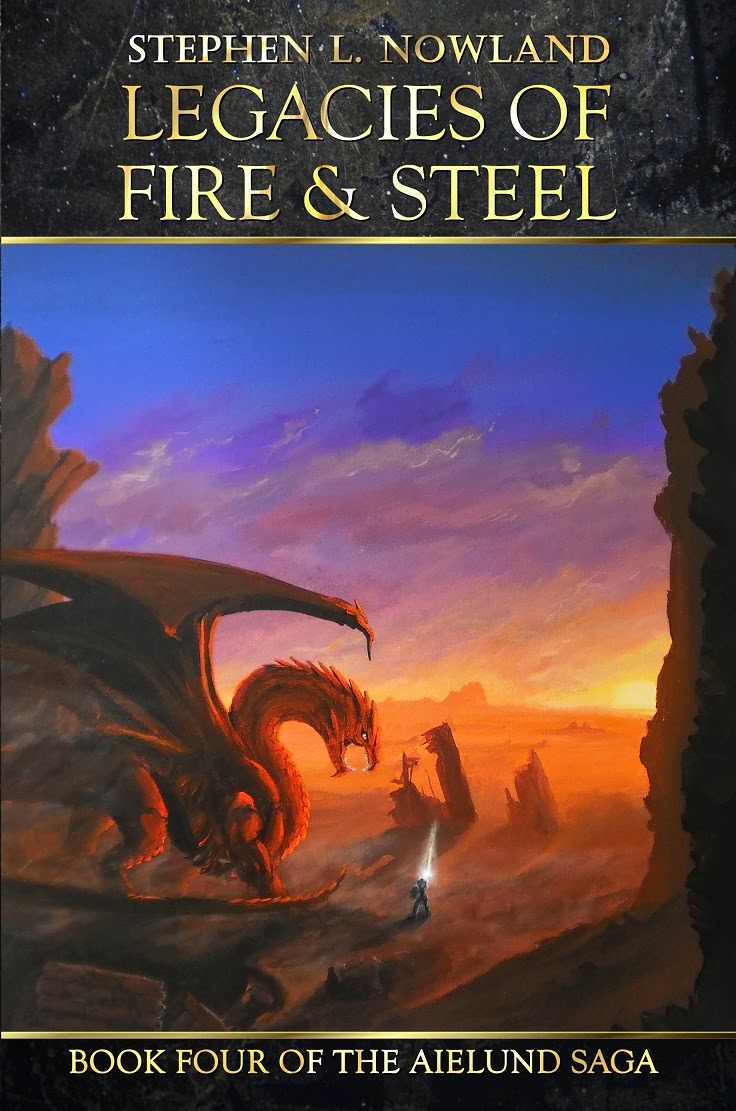 With Fairloch safe from the villains who sought to wrest power from the royal family, the resources of the city are diverted to a last-ditch effort to find a way to stop their implacable foe. Slow progress toward a solution is being made, until the immortal engine of destruction prematurely breaks free of its century-old prison and embarks upon a single-minded quest for domination of the land.

With the countryside awash with deserters and brigands fleeing the onslaught, Aiden Wainwright and his companions must face down old enemies and forge new alliances to aid the beleaguered country in the impending clash against their relentless enemy. But before they confront it, Aiden must learn the answer to a question of singular importance: How do you kill that which cannot be killed?

You can get it at Amazon
or Smashwords

"Legacies of Fire and Steel" is the culmination of the events in the first three books.  The world is on the brink of destruction from an indomitable enemy that has no human emotion or mercy for fate of others.  Aiden and Pacian are back together, along with newcomers while others have left, some in tragic circumstances.  New characters fill the vacancies nicely along with the core.  A few from books past also make appearances.

Dark happenings have had difficult effects on the characters.  Past events weigh heavily on some members while others have become stronger in spite of them.  The author weaves the different threads of each individual with a deftness that Fate would envy.

Moral dilemmas and the quandaries of what is right and what is wrong are considered and argued by the characters.  This is one of my favorite things to do as a writer.  I like having characters discuss issues and their feelings about it, even argue about it.  It's an excellent way at looking at problems.  I've learned a great deal from writing such things, and throughout my life by reading such things.  I find a good book to be one that makes you a little smarter just by reading it.

These conflicts could very well doom the mission and the very fate of the world.  Various entities our heroes meet along the way have their own agendas and goals to follow that prevent the quest from carrying on.

Then of course there are dragons, sandstorms, barbarians, armies, giant bad guys without weaknesses, priests, criminals and countless others who would like to interfere with the saving of the world.