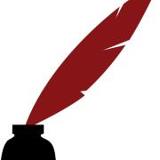 Trindiebooks.com is promoting Dralin as the special of the day.  http://trindiebooks.com/dralin/
This is a site I recently discovered that finds and promotes books, including many free books, in the Kobo Bookstore.  Trindiebooks got their name by combining the words traditional + indie = Trindie

Kobo is probably the most exciting ebook company out there.  They are expanding internationally at a phenomenal rate.  I see them gradually taking market share from Amazon over the coming years.

Back in 2001, I began a story in the world of Ryallon that started with a man named Calren.  As he was beginning his adventure, he met a woman named Pelya who had black hair, blue eyes and a sword at her hip.  Pelya was so fascinating to me that I began to explore her story.  Next thing I knew, I was writing a book called "The Liquid Wyvern".

Here's the thing about writing:  It's a lot of hard work and it takes practice to do it well.  After 40,000 words, I realized that I was making countless mistakes and needed to reevaluate.  It was another 8 years before I finally began writing again, but I had lost that original book, so I started with the Willden Trilogy instead.

Then I found the Liquid Wyvern on an old disc.  Having written three books by then, I realized how bad that original writing was.  However, the story of Pelya still fascinated me.  So I took the first chapter and turned it into the Dralin Trilogy . . . that's right.  There was an entire trilogy in that first chapter.  The original chapters 2 and 3 are going to make up the Wyvern Trilogy, which I'm writing now.  What's really bad is I had an outline for 30 chapters, each of which could be a book. *sigh*  The story deviates from them though, so it won't happen.

Anyway, Dralin begins by introducing the city of Dralin, a character in an of itself . . . a very sinister and dangerous character.  It begins with a young runaway woman meeting a handsome and kind Guardsman with a heavy soul. 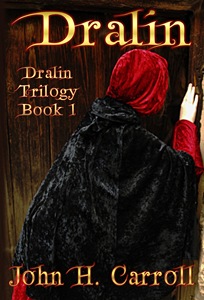 There are many cities in the world of Ryallon that know the touch of despair and evil, but none like Dralin. Towers of wizards rise high into the air, shrouded in the mists of magical smog. Poor sleep in the alleyways, becoming deformed by pollution. Life is short for many.

Throughout all of it, the cunning and dangerous members of the City Guard do their best to keep evil and crime from destroying the citizens of Dralin. Trained to fight in streets that make no sense, they keep wickedness from taking over completely.

A young woman fleeing her past makes Dralin her destination. A young Guardsman with his own dark history hopes to make a difference in a city that is without hope. Are sorrow and despair their only destiny, or can love redeem them? Two young girls raised in this city learn life's hard lessons early. Will they be defeated by its evil?

Underneath the city lie hidden dangers even more terrible than those that lurk in its dark streets. Ancient ruins of civilizations past still hold onto the memories of how grand they once were, while menacing creatures hope for a tasty meal to venture into their domain.

The Dralin Trilogy is a dark, swords-and-sorcery fantasy series following the lives of a few unusual individuals as they desperately try to survive in the sinister city of Dralin.

Dralin is free in all stores, but I highly recommend Kobo :)


P.S.  Oh, and that original story about a guy named Calren? . . . He's still there, waiting impatiently for me to get to his story. ;)

Note:  This event is now over.


I have a guest post today from Jerry Hanel, author of the Brodie Wade Series.  He is giving away a Kindle Fire HD predownloaded with books by popular Indie Authors to one lucky winner in the U.S..  I was fortunate enough to be asked to contribute my Dralin Trilogy to it.  Here is his post explaining the giveaway.

That’s right. You could win a brand new, fresh out of the box, Kindle Fire HD. And I know what you’re thinking: “WOW! Hey, how can I win this lovely item?”
See? I’m a mind reader.

To win the Kindle Fire HD, simply sign up for my newsletter. You will get emails from me on advance copies of my books, free ebooks from other authors and much more. I don’t send many newsletters (maybe four or five a year), so I promise not to flood your inbox with junk.

When you sign up, make SURE that you check the “Giveaway” box. That’s how I’ll know that you want to sign up for the giveaway promotion (and future giveaways, too!)
That’s it! If you have already signed up for the newsletter in the past, check to make sure that you have entered yourself in the “Giveaway” list. If so, you are ALREADY in this drawing!! If you’re not sure, just sign-up again. It will say “Error: This email already exists” if you’ve signed up before under any other newsletter list, but that’s okay. It will still take your entry. I’ve tested it to make sure.

If you want extra chances to win, then you can use any (or all) of the the alternate methods. I will count each item as one entry in the give-away. (NOTE: These are EXTRA entries, but the primary entry above is required to start the ball rolling.)

On February 1, 2013, I will draw one entry from the pool of entries to determine the winner. The winner will be announced via the Newsletter system and must be claimed within 7 days.

I wouldn’t just give you such fancy gifts and leave you hanging. Nope. I took the time to write my favorite indie authors, and to my surprise, almost every one of them responded. Not only are you going to get sparkling new a Kindle Fire HD, these amazing authors are joining me in giving you copies of their ebooks, already installed on the device for FREE. That’s right, you get a brand new Kindle Fire HD AND plenty of brand new books already loaded on it to keep you reading for several days.
Remember those “Other Authors” I told you about above? Yeah, here they are.
You’ll start off with your own veritable library of great reading in the palm of your hand! From epic fantasy to paranormal mysteries, outer-space dramas and tales of the wicked to modern nostalgic mysteries with a splash of romance. I think we pretty much cover all of the bases, and there will be at least two or three books that will please every book reader out there.


The Authors and eBooks

Let me tell you about these wonderfully talented authors. I have come to know most of them through several online venues, and I can attest to the quality of the writing and their over-all nice-person status. I’ve read almost all of these books, and the ones I haven’t are already purchased and are in my to-read pile. I can promise that you won’t be disappointed! I have a wide range in books I like to read, so I hope you’ll be as enthralled with these novels and novellas as I have been. The authors really are great people, and I’m a huge fan of all of their works (hey, authors can be fans, too). I’m nearly beside myself with happiness that some of my favorite authors are joining with me to do this give-away.
If you win, you get all of these great reads pre-loaded on your Kindle Fire HD! All I ask is that if you read a book and like it, please share your joy as a kind review on Amazon for these great folks. A great review puts a huge smile in our hearts. It really is why we do this crazy thing called writing.

Make sure you are listed under the “Giveaway” newsletter. And for additional entries, you can post (once per day) ”I would like to enter to win the Kindle Fire HD. http://wp.me/p12t8A-ft” on my facebook author page and become a fan of my facebook author page. Earn 5 extra entries for checking the “Other Author Mailing Lists” box when you sign up.
Please spread the word, share the love, and let everyone know.
Good luck, and I can’t wait to see who wins!

Official Rules
Now, to be legal, I have to lay out the rules and deadlines for this giveaway. The contest for this prize begins as of 1/1/2013, and will end at midnight on 2/1/2013 (Central USA Time). Signing up for the newsletter list labled “Giveaway” qualifies as one entry, and is required for all alternate entries. Leaving an “alternate entry” post on my facebook author page (maximum of once per day) qualifies as one entry. For an additional alternate entry, a person must click “Like” at http://www.facebook.com/jerry-hanel-author.
One entry will be drawn at random from the pool of qualified entries to determine the winner. If prizes are not claimed within one week of their name being announced, an alternate name will be drawn in their place. The winners will be notified via the Giveaway Newsletter option, and the user is responsible for making sure that the email is deliverable through their spam filters.
Posted by John H. Carroll at 8:43 AM 4 comments:

This is an excerpt from my upcoming book, "Wyvern", which will be book 1 of the Wyvern Trilogy.  It is probably one of the best examples of my writing that I can show you.  It has the playfulness inherent in most of my writing. 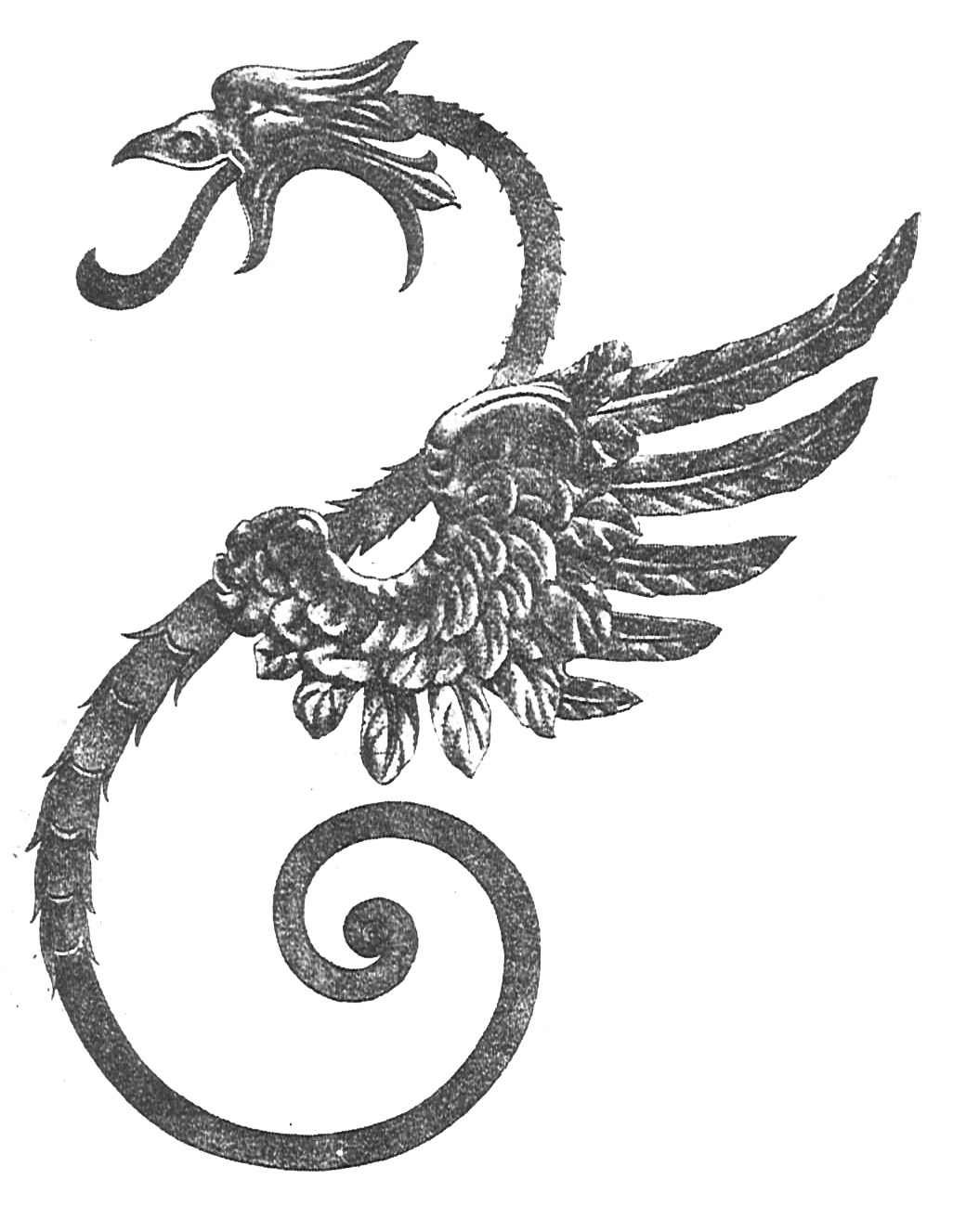 I hope you enjoyed that sample.