A while back, I did a post on how I make my maps.  http://ryallon.blogspot.com/2011/05/mapmaking-for-fantasy-worlds.html  As I write, I add to my maps.  So I'm doing this post to show you the updated versions for my books.  I've also named what was formerly "The Northern Continent".  It is now Nulanea.  There are more continents on Ryallon, the closest being Antilea and Pomelea, but this is the only one I have mapped.

All of the smaller maps here are in Nulanea.  I've also changed the font from Carolingua to Fairydust to match the fonts on my covers.

Nulanea
The Continent of Nulanea.  This is the northernmost continent on Ryallon.  This map is found in the Willden, Wyvern and soon to come Crazed Trilogies. 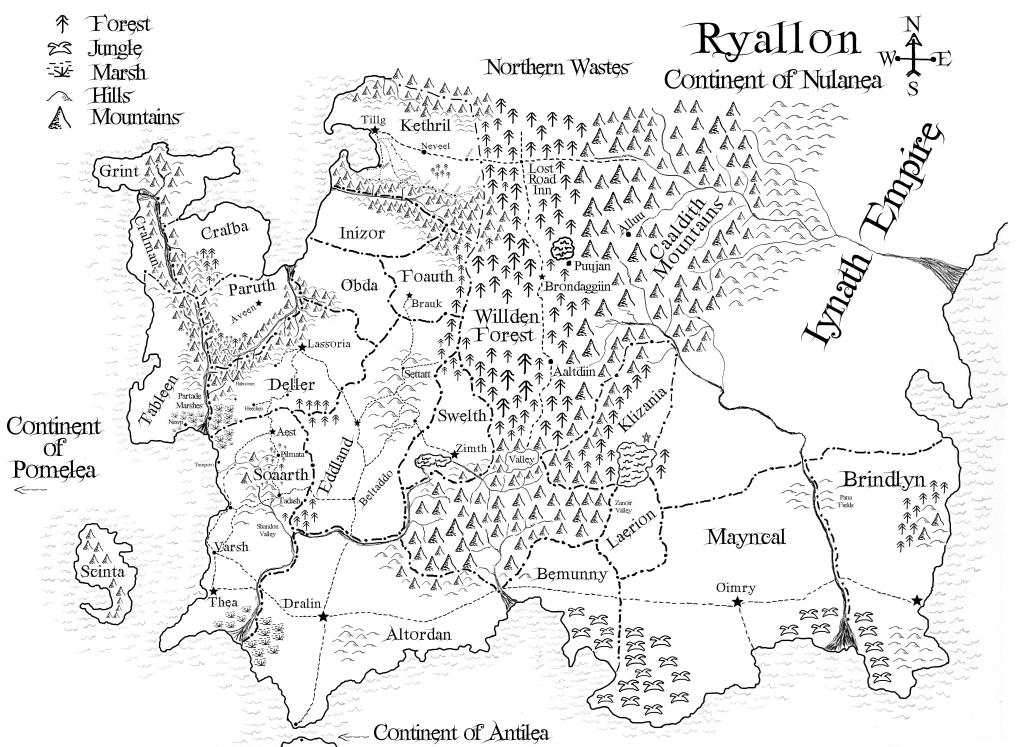 Eddland
The Kingdom of Eddland.  This is the setting of the Wyvern Trilogy.  In the first book, Pelya travels on back roads from Dralin to Settatt where the Blue Wyverns are located.  Book 2 will begin there and continue to Zimth, the capital of Swelth (Not my best names, I know, but . . .)  It will go elsewhere after that, as will book 3.

Eddland is a country of trade and merchants.  It also has vast orchards, farmland and wineries.  It has become wealthy over the last few centuries. 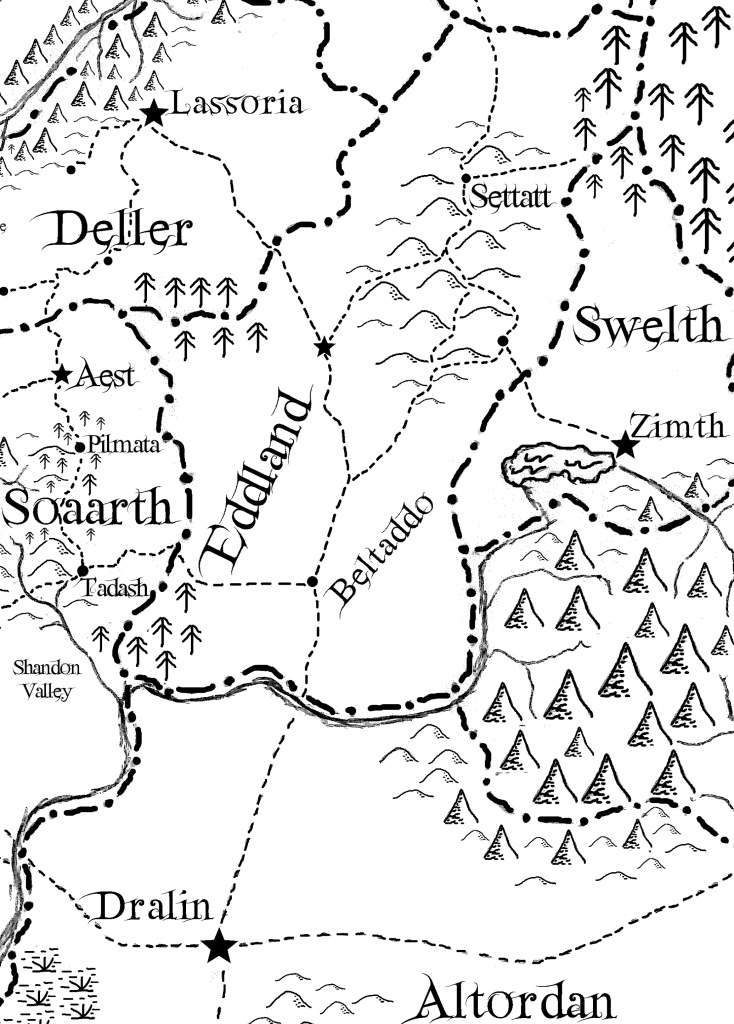 Soaarth
The country of Soaarth.  This one of the settings for the Crazed Trilogy.  You may notice 2 capitals.  It is the only country in Nulanea with such a thing.  Aest is where the senate resides.  They make the policies and laws of the kingdom..  Thea is one of the most active seaports in the world and where the executive branch of the country rests.  The entire coast is filled with trade, but the northern coast is rife with piracy.  The Partade Marshes are toxic to people and are the home a hostile race called Marbu.

The chief crop is parthmellya, a fast growing plant from which paper is made out of, most of which is exported through Aest, which keeps a tight control on it.  Soaarth is also known for wineries and a vast variety of herbs grown found in its forests and hills. 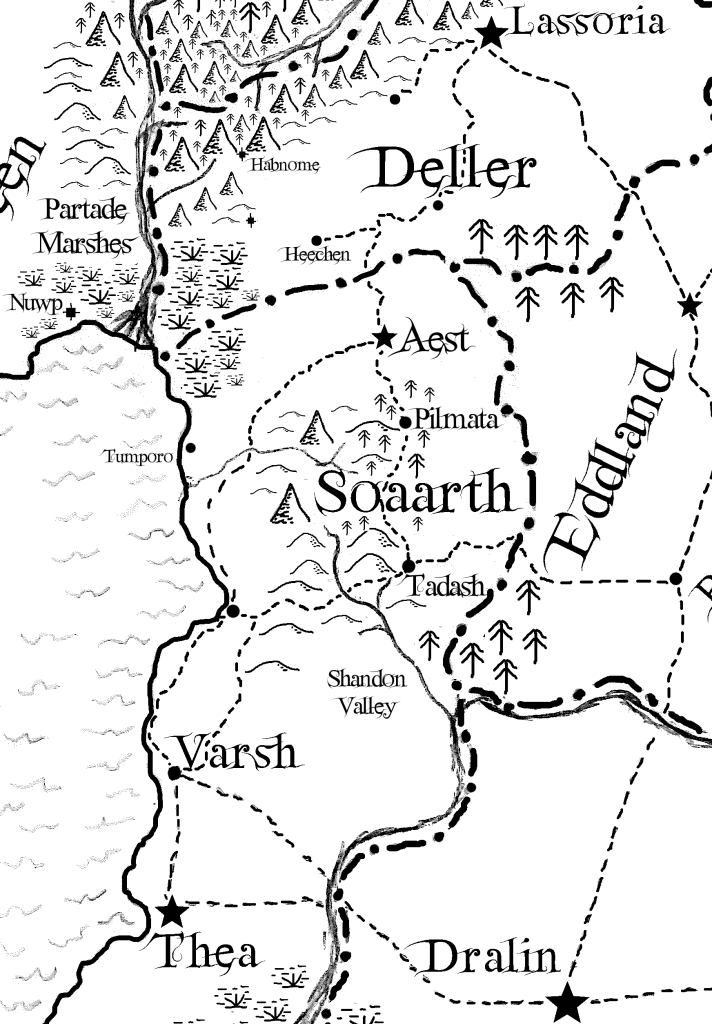 Greffen Province and Cothbern
The Greffen Province of Paruuth and the city of Cothbern.  This is the setting of Rain Glade.  Paruuth is a kingdom that has been impoverished by war between its provinces.  The peasants are poor, most never seeing a copper in their lives.  The Greffen province is tucked into the enchanted Grendia Forest in the southwest corner of the kingdom.  It is surrounded by impassible mountains on two sides.

Cothbern is a completely unremarkable village where Rain, the main character of Rain Glade, lives.

This area may or may not be in the Crazed Trilogy.  We'll have to see. 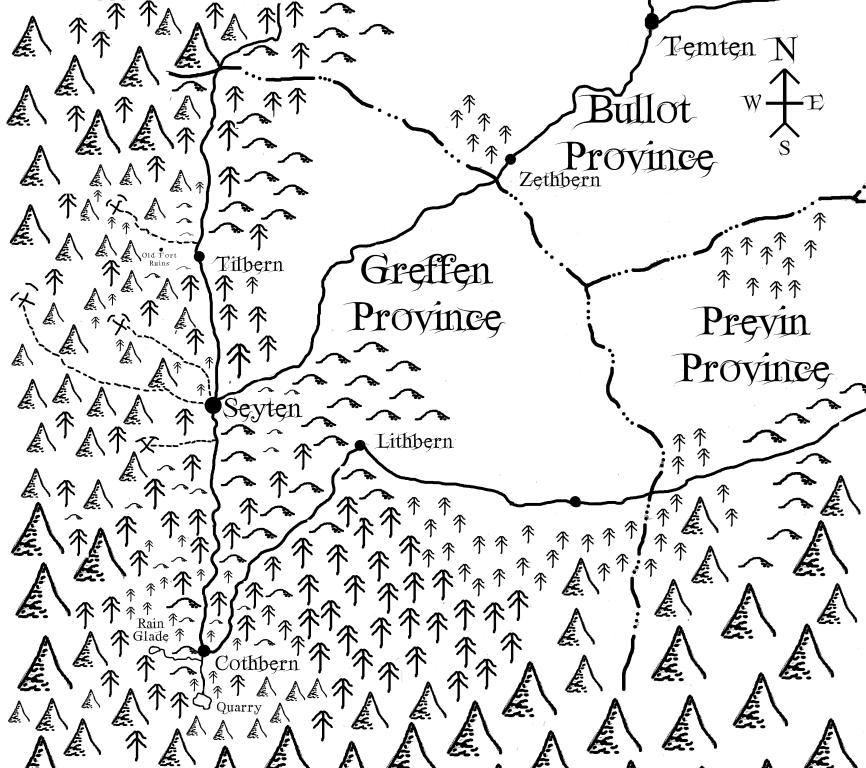 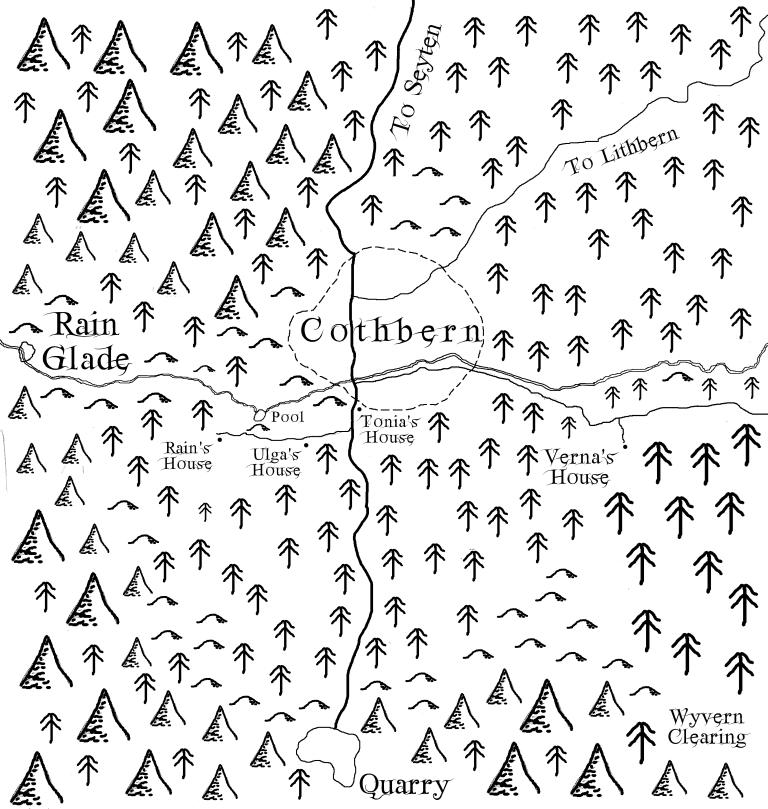 Willden Forest and Kethril
The Willden Forest where the Willden Trilogy takes place, and Kethril, where book 3 of the trilogy happens.  It is one of the largest forests in the world and filled with magical beasts and Druids.  The Caaldith Mountain range borders the east side of it.

The "Valley" at the bottom is where Tathan and Liselle were raised.  It is nearly unreachable through treacherous mountain passes to Swelth and Klizania, and through an ancient road through the Willden.

Kethril is where the 3rd book of the trilogy takes place and is also the namesake for that book. 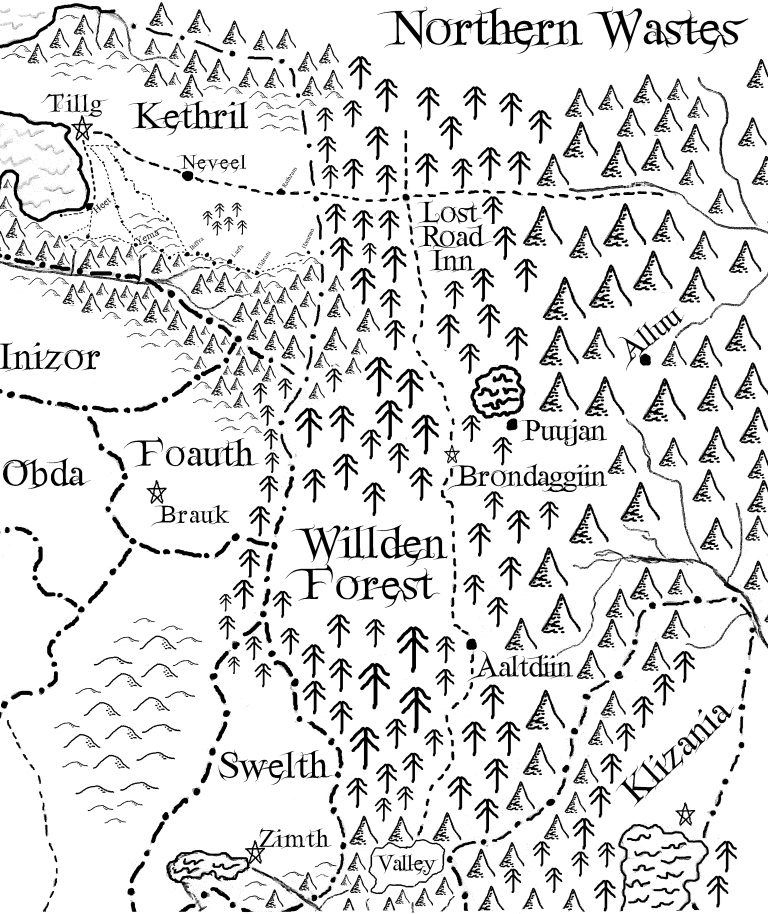 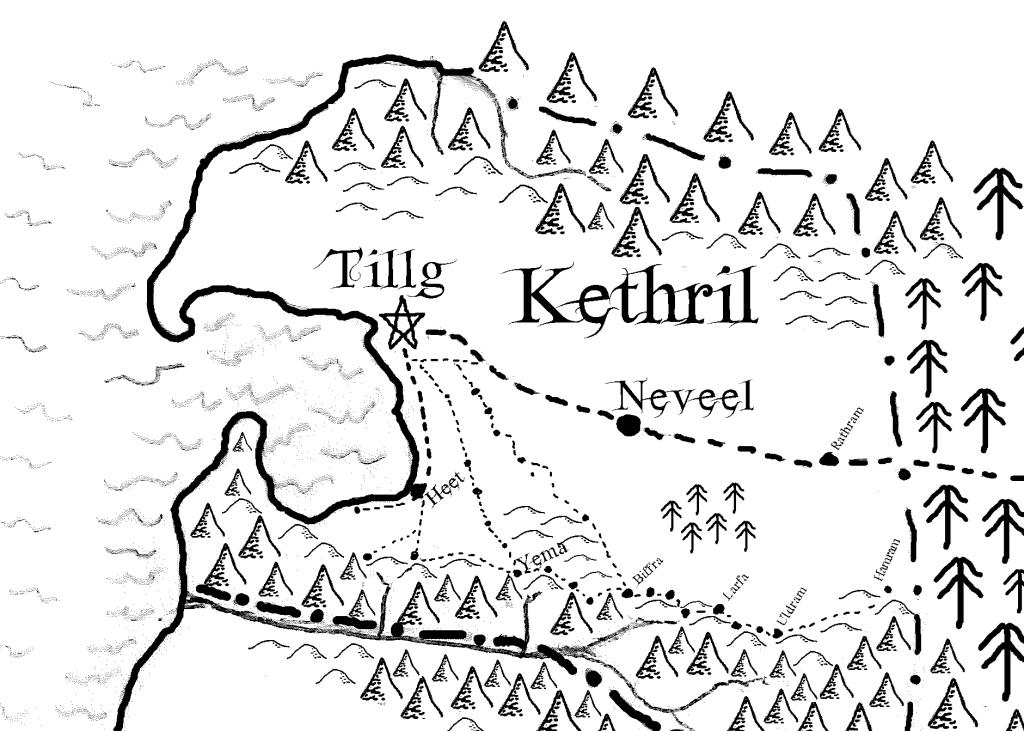 Those are all the updates for now.  I hope you've enjoyed them.  I'll do another update in a year or so as I add more. :)