These cars look amazing.  I truly believe it's going to change the way we drive over the next 20 years.  Hopefully we'll get flying cars next.  Until that time, this is the future and present of cars and it's exciting!

Technology has increased to the point where an electric car can be charged at a fantastic rate, but it still takes half an hour or longer to fully charge one. https://www.tesla.com/supercharger  (scroll to the bottom)

This is exceptional compared to where we used to be, but in today's world, many people will still consider it to be a reason not to buy.  People hate waiting (myself included).  There's another potential solution for the future.  It's a concept borrowed from the old west, which was borrowed from ancient times and the need to get messages from one place to the other with as little delay as possible.

In the old west, the Pony Express as well as stagecoach companies would have swing stations where riders and coaches could exchange for fresh horses.  This enabled them to continue their journey without delay. 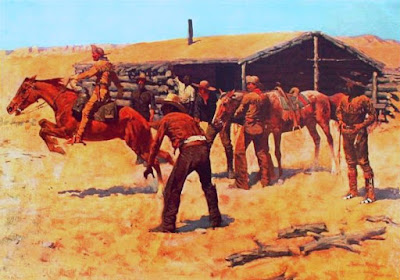 I consider this to be an unlikely scenario, but one that is interesting from a sci-fi point of view and whose potential is worth considering.

Tesla, or other companies could come up with a program where a person joins for a fee.  In exchange, they can drive an electric car to a swing station, and rather than wait for their car to recharge, they just move their belongings to another electric car.  At the next station, they drop that one off and switch to another.  Thus there would be limited wasted time on long journeys.

It could be a viable option for busy travelers such as salespeople.  No matter where they went, there would always be a Tesla waiting for them.  They wouldn't have to worry about maintenance or upkeep of a vehicle.

Some of the Challenges

People would have to make certain their belongings went with them.
If a person did any damage it would be an extra charge.
The program would be expensive in order to cover the cost of all the vehicles.
The program would only take place once there were enough cars to make a large inventory affordable.
People like the comfort of owning their own car.  It's unlikely they would want to exchange vehicles on a regular basis.
The current system of rental cars may be a better solution
It would be unnecessary in cities where there will likely be charging stations in most locations at some point in the next 20 years, negating the need for wait times.  If your car charges at the restaurant, or while you're at work, then there's no need to exchange vehicles.

A concept of exhanging batteries at stations has already been considered by Tesla, so the idea of Swing Stations, may not be feasible.

The reception of the battery swap concept was presented by Elon Musk to his customers, but received little support http://www.roadandtrack.com/new-cars/car-technology/news/a25872/elon-musk-tesla-battery-swap/

If Elon Musk succeeds in his Boring Company and Car Sleds, the sleds that transfer the cars could charge them at the same time, reducing the need for swing stations.  The swing stations would be more for areas where the hyperloop didn't run, such as in the open lands of the west.

This is an esoteric concept idea, one of countless possibilities for humanity's future.

Editing tip: Ensuring all quotation marks are in your manuscript

You most likely know the definition, but here it is from Merriam Webster

One of a pair of punctuation marks

used chiefly to indicate the beginning and

end of a quotation

NOTE:  It was noted by Hitch on MobileRead forums:

What happens when you have a character using multiple paragraphs, for his dialogue? In that instance, you would always have more opening quotation marks then closing--and it would be easy to have an odd number.

In this instance, it is true that my double tap method below will not work.  I suppose I may be unusual in that I never allow my characters to have dialogue in two paragraphs.  I always intersperse actions and counter dialogue between.  If you write otherwise, than please do not use the method listed below.

While discussing this problem with a good friend, she mentioned a method to catch all of the mistakes with quotation marks.  It's a bit tedious, but highly effective.

ctrl-f, or the find function.

Here is a screenshot of my first book in which I have 4649 quotation marks (I'm currently re-editing it).  That alone is an indication that there's an error.  As you may have deduced, there should always be an even number of quotation marks.

How to perform the search

This is still tedious and takes a half hour to an hour to complete.  I switch from right hand to left hand about every 1000 quotation marks.

That's all there is to it.

It's fairly simple, but that's it.  It's the very last step I take before formatting and publishing.  It's one of those details that sharpens the quality of your book.  It will improve the readability and make it so the reader is less likely to put your story down and go off to do other things.

All but my most recent 2 books are on sale @smashwords for at least half off, including a couple of freebies. A lot of other authors have their books on sale.  Click here to follow through, and feel free to shop for others too. :) 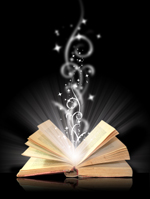 Sidetracked, Book 4 of the Wyvern Series

Book 4 of the Wyvern Series and the 10th book set in the world of Ryallon.  This is a continuation of Pelya's story from the Dralin Trilogy. 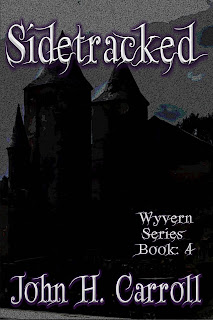 Book 4 of the Wyvern Series

War is an everyday fact of life for peasants in the Kingdom of Paruth. Ghosts of soldiers remember battles nobody won. Skeletons of abandoned houses mourn the echoes of families long gone. Smiles are few and far between on the faces of peasants. And none of their wise sayings make any sense.

Constant, dreary rain dampens Pelya’s spirits as she rides Honey through these forlorn lands. Her mission for the Cloudswept bank fell to a dead end in the dungeons under Riell Castle. Recovered papers may hold clues to the fate of the Rojuun named Rruum Tarrrii, but they’re written in an ancient language and only readable with the use of an enchanted monocle.

The influence of the Black Scale Guild is far greater than she ever imagined. Their leader, Tyeromaythan-Devourer of Gods, knows who Pelya is and wants her captured. The plots that banished her from Dralin and the Blue Wyverns are directly linked to the guild, as is her current mission.

Of greater worry to Pelya are her new friends Verna, Calren and an energetic wyvern by the name of Nervy. In the past, she has led friends to sorrow and death. Now, with a price on her head and her inclination to take on ever more dangerous missions, Pelya has every reason to believe she will bring these idealistic new adventurers to their deaths too.

Adventure is everything Calren had hoped and more. He had more treasure than he had ever dreamed of. They had plans to visit places he had only dreamed of. He traveled with the two most beautiful women in the world. However, neither show any interest in him. And no one had ever communicated how terrible killing someone felt.

Verna has begun to regret her excursion into human lands. Humans are cruel and violent. How they tolerate never-ending war is incomprehensible. If not for Calren and Pelya, she might despair of hope. Now she just needs to convince them to end all war and bring peace to the world. That shouldn’t be too hard.

Nervy wasn’t thrilled with his name. He adored Verna and her friends though. Traveling with them was far more interesting than flying around the forest and running away from dragons.

Clues lead the group to the lands of Lord Boagberll and his Huntmaster where the peasants have suffered worse than any other part of Paruth. They will find answers to the Black Scale Guild, the Cloudswept Bank and the Rojuun. They’ll discover even more questions. And maybe in the end, they’ll figure out how to do something about the war.