My emo bunnies recently asked me what my favorite story is that I wrote.  After some consideration, I realized that it would have to be Rain Glade.  It's a novella set in the world of Ryallon where the Willden, Dralin, Wyvern and Crazed Trilogies are set.

Out of all of my books, it's not just my favorite, but I believe it's the best work I've done.  The emo bunnies proceeded to interview me about it.  Then they hijacked my blog to post it.  You can give them carrots and hay if you like it.  They're pretty sure you won't though.  Nobody ever does. 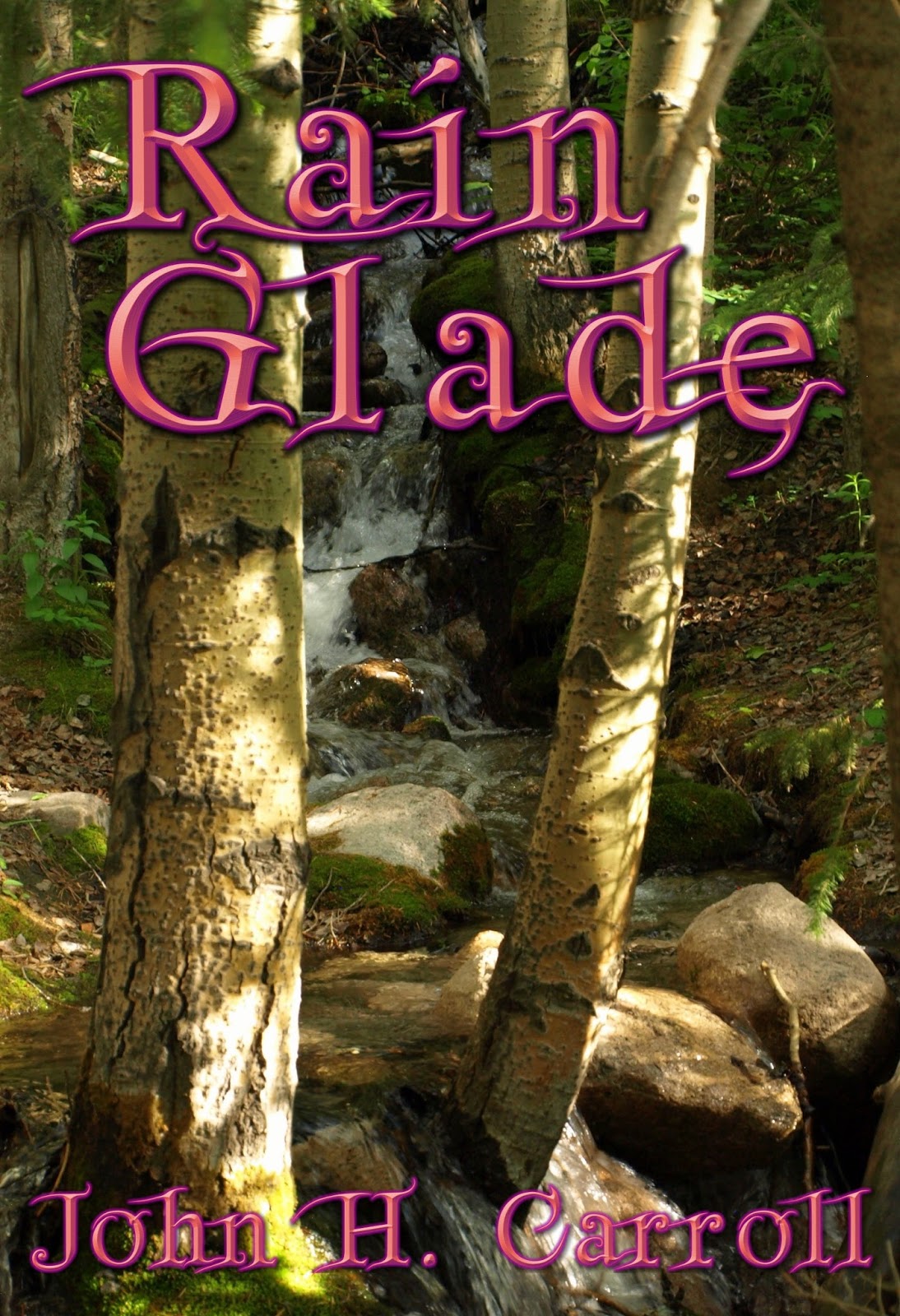 
The Kingdom of Paruth is a country torn by centuries of civil war. All young men are conscripted into military service by the king or the lords of provinces. Women are left to care for children and trade on their own for the most part.

In an insignificant village, in a forgotten corner of the kingdom, lives a simple peasant girl by the name of Rain. She wonders what the future holds for her, or if the future even cares about her fate.

Rain’s friend Verna has taught her to dance through the forest in the moonlight. The colorful woman finds pleasure in nature and life.

Jacob is a young man conscripted into Lord Greffen’s militia. He discovers Rain injured one day and seeks to aid her.

The world of Ryallon holds many places filled with magic and mystery. How will one such glade change their lives?

Show more
Show less
Why is Rain Glade the best?

For a few reasons.  The biggest is that it's my highest quality writing.  Another is that the story is perfect.  It's a tragedy, unusual for me, but it came out even better than I expected.  The next reason is that the characters came out even more vivid and interesting than I expected, especially Verna.  Finally, the descriptions of everything came out wonderfully.

Will you nuzzle our cheeks please?

Thank you. Now, what do you mean it's your highest quality story?

It's actually very difficult to get thousands of words all in the correct places.  In my novels, I get most of them in correctly, but sometimes the words stray, get wasted, or just aren't interesting.  In Rain Glade, I believe each word, sentence and paragraph accomplished a lot in telling the story.  There was little waste in the 25,000 words I used to tell it.

Why would you write a tragedy?  What inspired it?  And do you have any spinach leaves to feed us?

Sure, here's some spinach leaves.

I was inspired while listening to a song; "Travelling Soldier" by the Dixie Chicks.  It's a song about a young woman who falls in love with a soldier who goes to war and doesn't come back.  It made me consider what a similar circumstance would be in a fantasy world with magic and sword carrying soldiers. Since I was driving at the time, I had my wife write down notes for the story as I came up with them.

As far as why it's a tragedy, well, the song was a tragedy.  More importantly, I believe that war in general is a tragedy.  It's a waste of life when we should all be working together to ensure the prosperity and health of humanity.  Telling a story of love when death may take one of the lovers is the sort of thing that tears at heart strings.

You said the characters are more vivid and interesting than you expected.  What do you mean?

Rain, the lead character who the book is named after, came out much deeper in personality than I originally expected.  She had such low self-esteem, yet was generous to those around her.  There was potential in her, and if she had lived under different circumstances, perhaps she would have been great.

More than anyone, Verna fascinated me though.  She is a Druid and Rain's best friend.  There is such life and vitality in the character.  I didn't expect her.  It was as though Verna popped off the page and said hello to me.  It's odd, but I've had characters that were aware that I waswriting about them, but no one ever like Verna.  I fascinate her just as much as she fascinates me.

Whatever, get on with the questions.

When you say the descriptions of everything came out better than you expected, you're talking about things like the sky, buildings and stuff like that?

Yes.  I took the time to concentrate on showing the scenery, from Rain's loft to the forest path into the town and especially Rain Glade.  Verna's cottage is detailed and musical.  The people jump out from the page (not literally thankfully)

Since this is a novella rather than a novel with 100,000 words to work with, I focused on creating these scenes with a minimum of words.  I'm happy with the effect.

You seem to be very happy about everything in this book.

I really am.  It's one of the best stories of Ryallon in my opinion.

Can we have more cheek nuzzles now?